Get fresh music recommendations delivered to your inbox every Friday.
We've updated our Terms of Use. You can review the changes here.

The Library Of Babel

by The Library of Babel 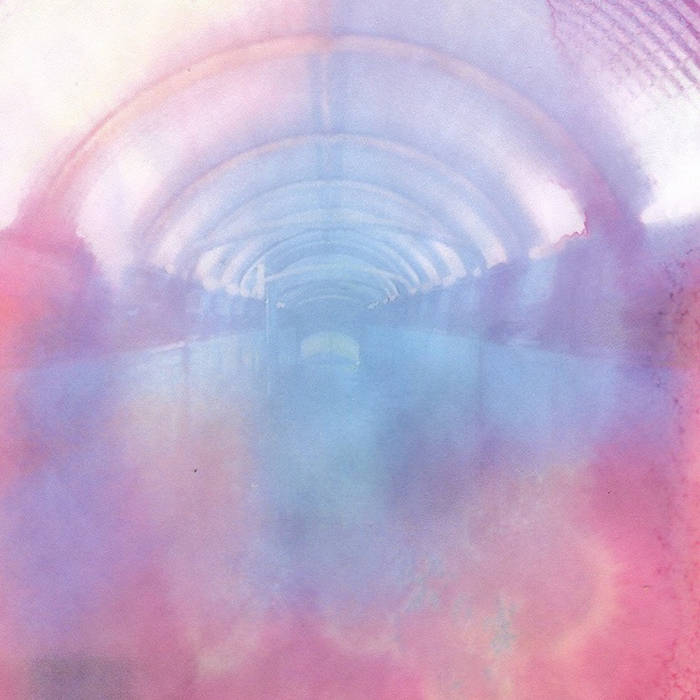 "Unconscious gasps of breath. Finger skin sliding on metal strings. An acoustic guitar is flanked by cello and double bass in a relationship that at times feels almost parental - the two bigger instruments keeping a watchful eye over the junior one as it gambols ahead, constantly investigating and testing.

This is a very special release. If what this label has relished in before is pairing occult, abstract instances of sound to partly-erased images and letting the spectator simply make of it what it wishes, a new strategy for Blue Tapes might be to try and apply that lovingly rendered abstraction to music - things people might actually want to hear. Records, some people call ‘em.

So, without compromising our position, it would be an exciting experiment to attempt to curate releases that anyone could hear and get something from. Even if - especially if - the hypothetical listener weren’t quite sure what it was they were getting out of this.

I think the nineteenth release in the tape series, by The Library of Babel, achieves this. This music is delicate, intricate - an intimate conversation in real-time between three gorgeous-sounding instruments. So intimate, in fact, that as a listener you imagine yourself between the instruments, the sounds slipping and buzzing around you, the warm breath of the players on your neck; sometimes even more intimately you feel yourself between the the strings, the notes, sliding as they ring and you vibrate.

The music has an instinctive narrative although the playing is improvised. Fans of blue twelve: Tashi Dorji, in particular, will appreciate this - especially as guitarist Shane Parish and bassist Frank Meadows are friends and regular collaborators of Tashi in their hometown of Asheville, NC. The sounds the pair make with cellist Emmalee Hunnicutt potentially have wide appeal, though, caressing the dopamine centres of brains wired for jazz and free folk alike.

Gratifyingly, though, there is an absence of any real genre to call a home for this music. It is animalistic in its intuition and motives. Seemingly oblivious to its own wisdom and only concerned with the moment.

I love this music very much. I hope something in it captures you too. "

"Blue Tapes rarely disappoints, but even by their standards this is an intensely special recording." - The Quietus

"The singularly eclectic Blue Tapes label is known for its promotion of experimental musicians such as Stillsuit, Trupa Trupa and Tashi Dorji and for its challenging and often dissonant improvised and electronic music that isn’t performed or recorded for significantly large audiences. The Library Of Babel’s album is a little different though. Retaining the improvisational approach and also bringing a defined structure to the compositions, either accidentally or deliberately, The Library Of Babel have recorded an album of some very cool, minimalistic yet highly atmospheric chill-zone sounds, an album that consistently reveals new layers of ability from its performers, both as a group and individually." - DOA

"If you’ve listened to any of the release from this particular label before you’ll know to expect experimentation at its most beautiful and Library of Babel is no exception." - SCRZ Magazine
credits

Recorded by Patrick Kukucka
Mixed and mastered by David Allen

Emmalee Hunnicutt explores the subtleties of sound with her inventive cello playing. Classically trained from a young age, she brings an intimate understanding of the cello to her compositions and improvisations. Working in the realms of texture and emotion, her work acknowledges the mysterious nature of art and life. mountainbitters.bandcamp.com
soundcloud.com/mooniris0 ... more

Bandcamp Daily  your guide to the world of Bandcamp